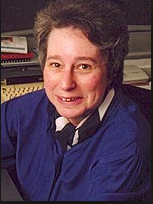 Dr. Lakoff has been especially interested in the comparative syntax of Latin and English; the relation between linguistic form and social and psychological context; language and gender; discourse strategies (e.g. indirectness and politeness); discourse genres (e.g. psychotherapeutic and courtroom discourse). Her research includes the examination of the connections between the politics of language and the language of politics, e.g. in the media treatment of the Hill/Thomas hearings, Hillary Rodham Clinton, the O.J. Simpson trial, and the impeachment hearings of President Clinton.

During the Unabomber case, whose investigation lasted eighteen years, bombs were being mailed and detonated, injuring 23 people and killing 3;  recipients were often associated with universities or airlines (hence the name Unabomber). A break came in the case when the Washington Post and New York Times published the Unabomber’s Manifesto, “Industrial Society and Its Future”, a long and Luddite justification of the bombings.  David Kaczynski, through his attorney, informed the FBI that he believed his brother Ted authored the manifesto. When Ted Kaczynski’s isolated cabin in Montana was searched, a carbon copy of the manifesto was discovered. The issue then was not whether Ted Kaczynski had authored the Manifesto, but what kind of linguistic evidence could be reliable forensic linguistics and admissible in trial. FBI Agent James Fitzgerald produced a forensic stylistics examination. Professor Donald Foster, a Shakespeare scholar at Vassar College, reviewed and supported Agent Fitzgerald’s report. Both prosecution reports used forensic stylistics for determining the authorship of the Unabomber Manifesto.

Professor Lakoff was asked to review the prosecution witness reports, as a linguist. In her review, Professor Lakoff documented how an authorship identification method based in stylistics or literary criticism makes crucial errors in the analysis of language, making erroneous assumptions about language use without any benefit of corpus linguistics and sociolinguistic norms. In the midst of a very high-profile case, where universities had been targeted, Professor Lakoff showed tremendous courage in presenting an analysis based in linguistics rather than stylistics or literary criticism.

The Association for Linguistic Evidence honors Professor Lakoff for her integrity and courage. Her work is a model for forensic linguists of how we must stay true to our training in linguistics, and develop methods that are truly based in linguistics, using our standard methodology and analytical techniques.