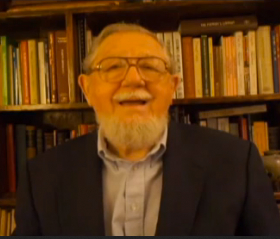 Harry Hollien is a University of Florida Professor Emeritus of linguistics, speech and criminal justice, an indication of the breadth of his expertise. Professor Hollien earned his BS and MEd at Boston University, his MA and PhD at the University of Iowa and held a post-doctoral fellowship at Northwestern University. He has been a Fulbright Professor at the University of Trier, Germany and also held visiting appointments at Wroclaw Technical University in Poland, the Royal Institute of Technology in Sweden, and the Gould Research Laboratory, Julliard School of Music, Baylor University, Paul Quinn College and the University of Wichita in the United States. He has been elected a Fellow in the American Speech and Hearing Association, the Acoustical Society of America, the International Society of Phonetic Sciences, the American Academy of Forensic Sciences, the American Association for the Advancement of Science, and the Institute of Acoustics.

Professor Hollien’s books include Forensic Voice Identification, The Acoustics of Crime: The New Science of Forensic Phonetics, and Underwater Sound Localization in Humans. He has also published sixty-six (66) book chapters as well as over four hundred (400+) research articles in speech, acoustics, deception detection, and validation testing of methods in forensic phonetics. He holds a patent, a copyright for a hearing test, and is the author of SAUSI, software for speaker identification.

Professor Hollien’s research has been funded by the US Department of Defense CounterIntelligence Field Agency, National Institutes of Health, National Science Foundation, Department of Commerce, The Dreyfus Foundation, National Institute of Justice, US Navy, US Army Research Office, and he has been consulted by the Veterans Administration on numerous issues. He has served as a reviewer, editorial board member or editor of major speech and acoustics journals, including Journal of Speech and Hearing Disorders, Journal of the Acoustical Society of America, Journal of Speech and Hearing Research. Communication, Journal of Communication Disorders, and the Journal of Phonetics.

Professor Hollien’s work is characterized by careful data collection, precise experimental design and continuous validation testing. He has upheld these standards in his early work regarding the voiceprint technique, his more recent work on deception detection and voice stress analysis, and his work in forensic phonetics, including the trial of George Zimmerman in the shooting death of Trayvon Martin.

The Association for Linguistic Evidence honors Dr. Hollien for his commitment to rigorous science in phonetics and forensic phonetics. Further, Dr. Hollien’s life work demonstrates his courage as he has consistently spoken out against popular methods that are not reliable or the misuse of phonetic evidence in the forensic setting.