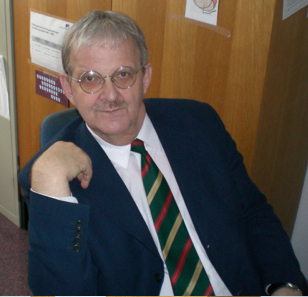 Linguist who initiated the field in Germany, bringing dialectology to authorship attribution

Professor Kniffka has held teaching positions in the United States, Germany, Arab Countries, PR-China, Bulgaria and England. In 1989 he became a professor of General and Applied Linguistics at Bonn University, where he is now Professor Emeritus.

In the 1970’s, Professor Kniffka began using linguistics in the forensic setting. He brought to bear on forensic issues his expertise in dialectology, language contact, and general linguistic methods for analysis of language structure and use. He was the first linguist to recognize the value of using dialectal features in authorship attribution.

His publication “Der Linguist als Gutachter bei Gericht: Uberlegungen und Materialien zu einer Angewandten Soziolinguistik” of 1981 was the first to address the work of a forensic linguist, and was followed by others in the United States and England.  A markstone or milestone of the establishing of forensic linguistics in Germany and Europe was the book Texte zu Theorie und Praxis forensischer Linguistik (1990),  edited by Kniffka; Texte, mostly in German, partly in English, included many contributors from German courts, police, as well as linguists, and a long Introduction by the editor describing the early development of giving expert testimony in German courts.  Other works on forensic linguistics: Recent Developments in Forensic Linguistics ( co-editor, 1996), Forensische Phonetik und forensische Linguistik (1996),  Working in Language and Law:  a German Perspective (2007),  and in 2008 both  “Towards a linguistic description of law systems in intercultural contact situations: A perspective from Saudi Arabia” and “Stand und Entwicklung der Forensischen Linguistik” (Status and Development in Forensic Linguistics). Importantly, Professor Kniffka continued to work in core issues in general linguistics, publishing Elements of Culture-Contrastive Linguistics (1995)  and conducting sociolinguistic studies in the Middle East. Professor Kniffka has over 150 publications in general and forensic linguistics.